The Titans of Eastern Florida State College had some great things happen in the 2018-2019 sports year, achieving success both on and off the field.

Women's soccer came into the season ranked fourth in the NJCAA Division I preseason poll. Coach Jeff Carr led the Titans to a 16-3-1 overall record, including 6-2 in the Southern Conference in his final season at the helm. He led the Titans to the national tournament seven straight seasons and made it to the final four five times. 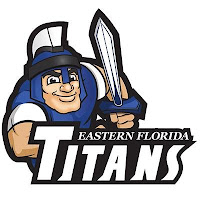 The men's soccer squad finished 15-5-1 overall, which was tied for the most wins in program history. They lost to Barton College 4-2, on November 16 at the NJCAA Division I National Championship Tournament semifinals. It was the teams' third trip to the semifinals in the last six seasons.

The volleyball team struggled this season, ending the season with a 5-17 mark. They did win their last two matches of the season. EFSC named Carmelo Eleutiza as their new head coach back in March. He was a volunteer assistant at UCF prior to coming to Eastern Florida.

On the court, the Titan men came into the season ranked number five in the NJCAA Division I preseason poll, and finished 28-8 overall and 10-2 in the Mid-Florida conference. The season ended with a loss to second-ranked South Plains 82-74 in the quarterfinals of the NJCAA Division I National Championship Tournament on March 21.

The women finished the regular season 14-14, including 3-6 in the conference. They were upended by Santa Fe 69-61 in the FCSAA/NJCAA Region VIII State Tournament quarterfinal, on March 6. This season marked the fourth time in the last five years that the women were part of the state tournament.

On the diamond, the Titans went 31-20 overall, losing to Broward College in a best-of-three series in the Southern Conference Tournament.  Pitcher Carter Stewart officially signed a professional baseball contract with the Fukuoka SoftBank Hawks of the Nippon Professional League in Japan, back in May. Stewart started 13 games in 2019 and finished 2-2 with a 1.70 ERA. Earlier this month, it was announced that all 16 sophomores on the Titans have signed scholarships with four-year schools.

In softball, the women finished 31-25, with 14 of those wins coming in the conference. On May 3, they lost to the State College of Florida Manatee 9-5 in an elimination game NJCAA DI District/FCSAA State Softball Tournament.

On the links, the men's team finished seventh at the NJCAA Division I National Championship Tournament on May 17. They have now finished in the top 10 in the country in each of the last five seasons. With 17 years under his belt, men's coach Jamie Howell was inducted into the NJCAA Hall of Famein May. Under his leadership, the Titans have won eight district titles, and have been top-five in the nation eight times. 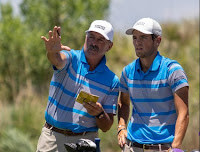 On the women's side, EFSC won the Wallace State Spring Invitational back in April, and the finished the regular season with a fifth-place finish at the Florida Tech Panther Invitational. They used those tournaments as a springboard into the Region 8 State Tournament, where they shot a final round 324, on April 28.

Men's tennis finished the season ranked fifth in the ITA NJCAA Rankings after finishing tied for fourth place in the NJCAA Division I National Tournament. Frederik Oervad and Adriel Azucey earned NJCAA All-American honors in June, with Oervad also named Freshman of the Year and ITA Regional Rookie Player of the Year in Region 8.
Women's tennis finished the season 3-8, and they were part of the Region 8 tournament in Altamonte Springs in April, where they finished sixth.
Congratulations to the Titans on all of the accomplishments this past season. Stay with 321sportscast for continuing coverage of the Titans.  (by Donny Rieber)

Please read our other great articles and interviews at www.321sportscast.com