Boyer’s Hike for a Cause (by Donny Rieber & 321sportscast)

Boyer’s Hike for a Cause

Former Florida Tech softball pitcher Rachel (Pence) Boyer pitched her last game at Florida Tech on April 14, 2017. In her four years at the school, she had a positive impact both in the circle and in the locker room.

Not much has changed in the two years since. Boyer is still making a difference in her hometown of Jacksonville, with her involvement in a non-profit organization called Connections to Hope. The organization was founded by Donna Fenchel, and Noelle Marx. Fenchel is a franchise owner of Orangetheory Fitness, where Boyer is employed. 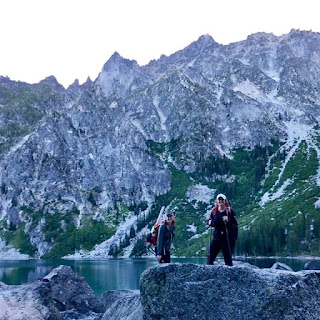 About a year ago, Fenchel heard about a hike that would raise money for human trafficking and decided to get involved. In November, she enlisted Boyer and two others to do the hike with her, and Boyer was all in.

Human trafficking is not something that gets a lot of attention, and this hike was meant to change that, which is why Boyer decided to get involved. “I think it’s something nobody wants to think about,” said Boyer. “It is really horrific, and no one wants to think of it happening, especially in their own town. Unfortunately, it is happening, and it is something that can’t be ignored.”
The group made their way to Washington and hiked the Cascade Mountains, which extend northward for more than 700 miles from Lassen Peak, in northern California, through Oregon and Washington to the Fraser River in southern British Columbia, Canada. The hike was sponsored by Freedom Hikers. The motto is “Do what I love to fight what I hate.”  Boyer’s hike was one of a handful that they put on in different areas of the country. “They chose Washington,” she said. “They just pick areas where they can rally a group of people.” “Doing what we love, with the fitness aspect of the hike, to fight what we hate,” Boyer continued. “We hiked 23-24 miles and it was an amazing thing to be part of.” When asked if there was an adrenaline rush with this hike that reminded her of her days at Florida Tech, Boyer said there was a correlation. “The day before I felt like I was preparing for game day,” she said. “I was nervous and excited. During the hike, my feet were falling asleep, and there were times we didn’t want to continue. At Florida Tech, I focused on the next pitch I threw. During the hike, all you can focus on is the next step you take.” 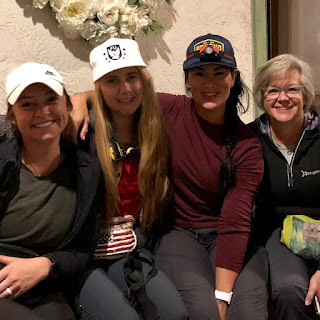 A total of $7,642.22 has been raised by the four hikers involved, and they hope to raise $10,000 by September 7. If you would like to donate to this cause, please follow this link. Boyer had a stellar career at Florida Tech. A career that included a perfect game in her debut as a Panther on February 1, 2014, against Fort Valley State, and a no-hitter back on April 8, 2016, against Eckerd. She took some time to reflect on her career, now that she’s been away for a couple of years. When asked her thoughts about the perfect game, she said, “I remember telling coach Val Silvestrini before the game that I would do my best.” “I just remember thinking about being a freshman and it was a one pitch at a time mentality,” she said. “I didn’t even realize I had a perfect game until it was over, and someone told me.” Anyone who knows Rachel knows that she is not someone who was a fan of the spotlight or making a big deal out of her accomplishments. That hasn’t changed, either.
“I didn’t think of myself as a standout pitcher, but now that I look back at some of the stats, and some of the cool things that happened, I think we accomplished some good things.” She said. “I think we set a nice precedent.”

Boyer said she enjoyed watching Melanie Murphy, who like Boyer was considered the Panthers ace over the last couple seasons. Florida Tech made it to the regional tournament this season, something Boyer was part of with her 2015 squad. “It was a lot of fun for us, and I got excited when they got there this year,” she said. “I got even more excited when they got to host.” Fans will likely see Boyer when the softball program hosts the Florida Tech Alumni Game. Stay tuned to 321 Sportscast for more information when it becomes available. -by Donny Rieber & 321sportscast

All photos courtesy of Rachel Boyer on Facebook and used with permission.