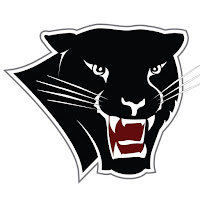 Softball finished 42-12 overall, tying the record for wins in a season and had an early season 14-game winning streak, a program record. They finished 23-7 in the Sunshine State Conference and won their first SSC title, beating Eckerd College 5-0 on the final day of the regular season. Those accomplishments earned the team a No. 4 ranking in the national poll, the highest the Panthers have ever been ranked, and a berth in the NCAA Tournament. They hosted the NCAA South Region 2 Tournament and went 3-0 in the tournament, beating Mississippi College 5-2 on May 11 to earn a spot in the Super Regionals. The opponent was No. 2 West Florida, who swept the Panthers in the best-of-three series, winning 6-3 on Thursday, May 16 and 7-1 the following day, bringing a phenomenal season to an end.

On the baseball diamond, the Panthers finished with a 29-18 record, going 17-11 in the conference. They struggled out of the gate, starting the season 2-5, but had a nine-game winning streak in March. Starting pitcher Andy Marzheuser finished 8-2 with a 1.96 ERA, leading the conference. Raul Quintero led the Panthers in hitting, with a robust .353 average.  Panthers closer Ryan Allain got the save in the final game of the season, his 13th, setting a new program record for saves in a single season.

The men's lacrosse team saw a change at the top, with assistant coach Mark Penn being promoted to head coach. He led the Panthers to a 7-5 record. They fell just short of the conference playoffs. The signature win of the season came back on March 23 against SSC foe Rollins, who came in ranked 20th in the nation. The Panthers overcame an 8-0 deficit and came back to win 17-16.
Faceoff specialist Ryan Land set a Sunshine State Conference single-game record with 28 faceoff winsagainst the Tars. He also tied a school record, scooping up 14 ground balls.
The women's lacrosse team also introduced a new coach, McKenzie Rafferty. It was an up-and-down season for the young Panthers, but a 10-7 win over Saint Leo on Senior Day, helped the Panthers get into the SSC tournament. They were beaten by their nemesis Florida Southern the following week, ending the season. 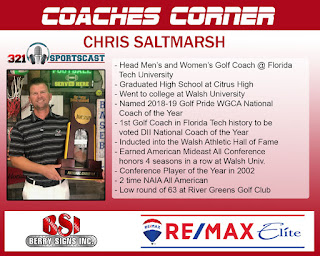 Female Athlete of the Year Lucy Eaton led the women's golf team to their first NCAA Tournament. Eaton finished third overall in the individual standings at the national championship on Friday, May 17, with teammate Noelle Beijer finishing tied for fourth. The Panthers earned the top spot in the team standings on Thursday and their success continued Friday with 3-2 wins over Findlay in the quarterfinals and Southwest Oklahoma State in the semifinals later in the afternoon. Friday's victories earned the Panthers a match against California State San Marcos in the national championship match on Saturday. Eaton made an epic comeback in her match, coming from five strokes down to win the first point of the day for the Panthers. Paola Ortiz, Megan Dennis, and Lauren Watson all won as well, giving the Panthers a 4-1 victory.  Despite the success of the women's program, this was the final season, as the college has decided to cut the program from the sports lineup.

The men's team finished 12th at the NCAA South/SE Regional on May 11 and did not advance to the NCAA National Championship. Max O'Hagan shot 78 on Saturday, while Chase Cutshall concluded in a tie for 34th at 226 (+10) after tallying a 74 during the final round.

The men's tennis team finished the season at 6-13 and 1-7 in the conference. They lost to No. 2 Barry 4-0 in the conference championship. The Buccaneers were 17-1 overall and 8-0 in the SSC coming into that match.

On the women's side, the Panthers were 11-8 overall, and 2-8 in the SSC. They had an impressive 9-4 home record. This was the final season for both the men's and women's programs, as the school has decided to cut tennis in a cost-saving move.

The rowing teams had an impressiveseason, including a fifth straight title for the Varsity 8 at the SIRA Championship, and the ninth in 11 years for the men.The team would compete in the IRA National Championships on June 2, finishing 19th overall. The Panthers finished the2V final with a time of 6:09.458, good for fourth overall. The second Varsity 8 boat followed that with a first-place finish in the 4th level final, finishing in a time of 5:51.588.

The women won a third straight Sunshine State Conference title and got a national runner-up finish on Sunday, June 2, in Indianapolis. The V4 of Emily Hall (bow), Allyson McCarron, Julia Seibold, Shaula Rey (stroke) and Nashaita Patrawalla (coxswain)finished third with a time of 7:32.884  The V8 of Graysen Pensch (bow), Liza Lutter, Irina Djurovic, Anna Kayser Gallego, Theresa Gadilhe, Svetlana Ristin, Federica Pala, Natalia Arasa Bonavila(stroke) and Taylor Stoni (coxswain)started well, but eventually fell behind the University of Central Oklahoma, and came across in a time of 637.088. The combined finish of third and second, gave the Panthers the second place finish overall, the highest in program history.

Stay with 321sportscast for continuing coverage of Florida Tech Athletics.