With many coaching accolades and team accomplishments throughout his now 18 years as the golf coach at Eastern Florida State College, coach Jamie Howell got a well-deserved individual accomplishment back in May, when he was inducted into the National Junior College Athletic Association Hall Of Fame.  “It's hard to wrap my arms around it. I am very humbled,” Howell said. “I just think it was a bit early because my work is not done yet.” 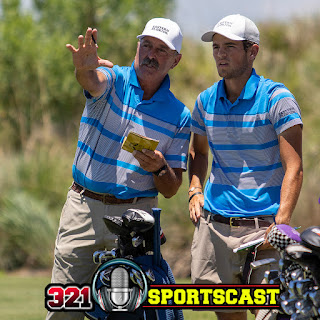 Howell was told of his selection to the Hall of Fame in 2018, but because Eastern Florida State hosted the national tournament in 2019, Howell was asked if he would like to wait to have the ceremony in his backyard, so his family and friends could be a part of it. As you would expect, he was on board with that.

Howell played professional golf both in Europe and the United States. He had PGA status from 1983-1986. After spending a year teaching the game in Merritt Island, he came to Eastern Florida State as an assistant in 1994, and after eight seasons, was elevated to the head coaching position.
“I don't think anyone can forecast that you're going to hold a job like this for 18 years,” Howell said. “But I enjoy it as much now as I did that first year. I plan on coaching as long as the school will have me.”

It is easy to see why Howell was bestowed the Hall of Fame honor. He has led the team to 51 tournament wins, and the Titans have reached the NJCAA National Tournament in all 17 of Howell's seasons finishing as high second place, and third place twice.The team has won the NJCAA District 4 title eight times, and he has been named coach of the year seven times.
The last national title Eastern Florida State won came back in 1991. That is something Howell is focused on changing, but his main focus has always been the kids. 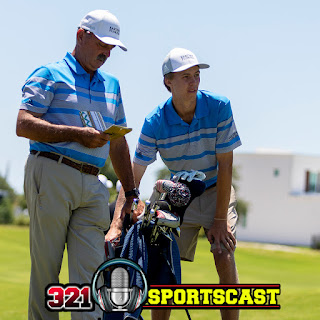 “Our first coach won seven (national titles),” he said. “That's hard to believe when you are chasing one, but it is important to make sure the kids absorb what I am able to pass on. There is always room for improvement, but I know our teams are always going to be competitive and if they are game and competitive in every tournament, that's what's important.”

The 2019-2020 season is not far off, and Howell is already hard at work preparing. He will have six returning players on the men's side and a couple of new faces as well.
The women's program is heading into just their fourth year and had four players on the squad during the 2018-2019 season. He will have three returning players on the team and expects to have five overall.  “Obviously, we are always trying to recruit more players,” Howell said. “We have to find players that are willing to put the work in, and also are strong academically.”
Despite having a small team last season, the women were able to finish sixth in the nation. They will look to improve on that in the new season.

Talking to coach Howell was a pleasure, but it was clear early on, that he wants the focus to be on his teams, not on himself. One more thing that was evident is that he has no plans of slowing down. A huge factor in that is his love for not only what he does, but where he does it. “The culture and environment at Eastern Florida State breeds competition and it is a great place for our student-athletes to excel,” he said. “I am proud to be part of such a great school.”